Feeling the drag of senioritis? Here’s what fellow seniors say is helping them get through their last two months at BT. 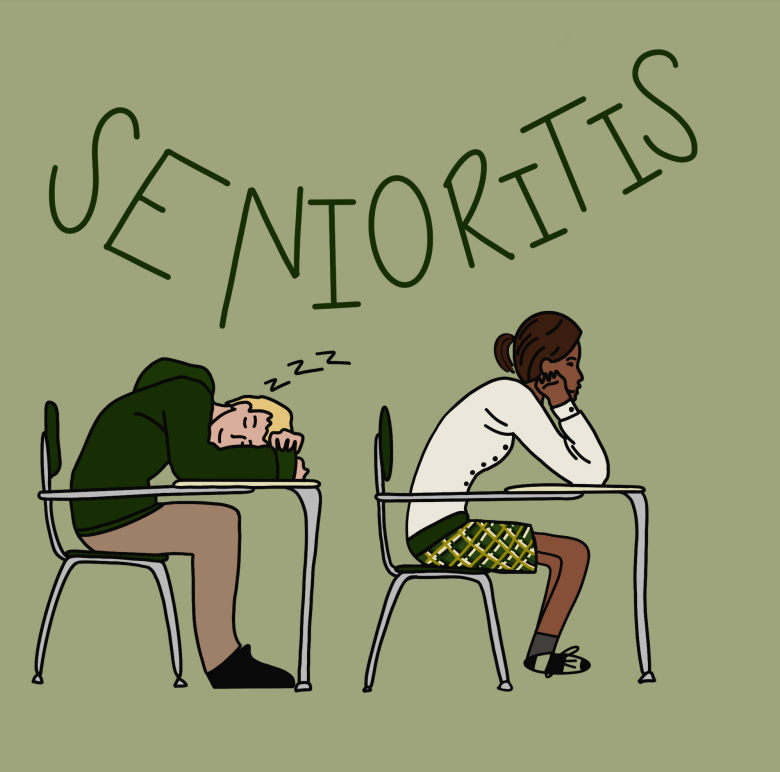 It’s no secret that by March of senior year, most students have checked out. Spring break, graduation, summer, and college are just around the corner, and it can be difficult to have that final burst of motivation we need in order to make it through.

While it can be frustrating to think that we still have AP exams and a slew of college-related obligations to get through (specifically, students in AP Comparative have to come in the Monday AFTER graduation for our AP exam…seriously?!?), it’s helpful to remember that we’re in this together. We all feel the drag, too! Online school can make it difficult to be motivated, and those of us with sports or other after-school activities feel like there’s not much for us to do that will fill our schedule enough to keep our mind off of how much longer it will be.

Through an anonymous poll sent out to the senior class, we determined that a whopping 96.8% of the 94 seniors who responded are feeling the effects of senioritis. And while 10 people admitted that they’ve had what they consider to be senioritis since freshman year, the vast majority say it set in this semester.

This poll revealed a lot about what seniors are feeling, how they are pushing themselves through, and the advice they have to give juniors coming into their senior year. It also revealed just how hard senior year has hit. We got several interesting responses, including “I have accepted it” and “why am I even filling this out” (which is a personal favorite of mine).

So how can we help ourselves get better? Is there a prescription with positive side effects that can help us make it through until the end? Though an unfortunate amount of seniors admitted that they have “given up,” many felt that the little things make it easier.

“Find a balance between working hard and also having a good time,” one senior wrote, adding that we “haven’t been able to do much in the way of senior stuff this year, so don’t mind cutting yourself some slack.”

A few others mention that they’ve pushed themselves to continue on like normal. “I’ve reminded myself that I have to maintain my GPA to stay in the honors college at the school. I’ve worked hard this whole time so why stop now?”

And while “sleep” and “drinking a copious amount of energy drinks” were popular answers as well, others have tried to strike a balance between hard work and relaxation. “Reward yourself for getting the small things done,” says one senior. “I buckle down when I have to but also take a lot (a LOT) of breaks.”

Athletes too are feeling the effects, especially those who play spring sports or have scholarships on the line. “Focusing on lacrosse” was a popular answer, along with “going to the gym.”

Finally, we asked seniors if they had advice for juniors coming into their senior year and what they should do to keep up their motivation (and their grades).

“Senior year matters, but don’t forget to have a good time!” one senior said. “Work hard, strike a balance, and give yourself some grace. You’re doing a good job.”

Similarly, another senior said, “Don’t give up, you’re basically at the end. Finish strong!”

Though one particularly encouraging student proclaimed that juniors should “embrace the senioritis,” another said that they should earn it: “Remember that junior year matters. Work hard now so you can earn that senioritis!”

Competitiveness can also help you make it to the finish line, one student believes. “You are competing with your classmates for enrollment spots in college. Do not let your peers win.” (While we don’t encourage intense fighting for a college spot, we understand that sometimes, you’ve got to tell yourself something to make it through. Let’s assume that this particular student is just trying to make it through.)

Most, however, said the same thing: “Have fun senior year because it goes by fast! Don’t forget to have a good time. We’ve had a crazy year, so we deserve some fun and good experiences. Good luck!”

Juniors, the votes are in: work hard, have a good time, and cut yourselves some slack. Seniors: we’re almost there! In the words of one of our particularly wise classmates, “Just keep swimming. We’re close! Let’s have a good time.”