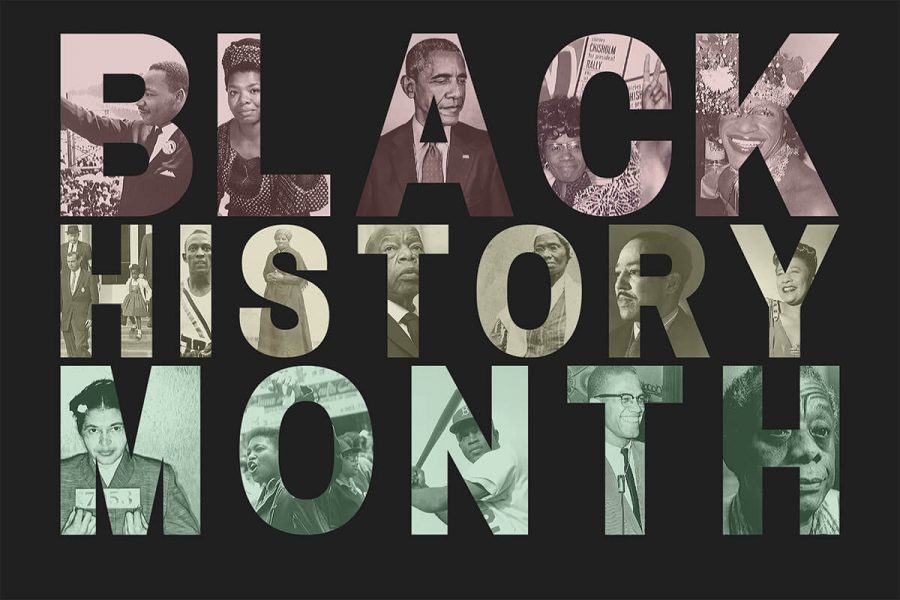 In 1976, Black History Month was established by, then, President Gerald Ford as an opportunity to “honor the too-often neglected accomplishments of Black Americans in every area of endeavor throughout our history.” However, Blessed Trinity social studies teacher, Mr. Gerard admits, “given the social unrest in the last year, everything is a little bit different, even if it’s not right out in front of your face.”

Gerard warns us to be careful not to overlook the significance of black history around the year in the name of only acknowledging it during February, because “yes, we celebrate the accomplishments of a black American who did this or that, but they are also just an American who did this. Whether it’s for racial justice or civil rights, or whether it’s just an advancement in science or biology or accomplishments in athletics, these are accomplishments for humanity, not just for people of color.”  He offers a unique analogy, stating, “with our faith, we have times of the year when we highlight our faith, whether it’s in the Christmas season in Advent, or it’s in the Easter season,” noting the higher attendance during these holy seasons. In the same way, “February, black history month, can be a highlight and remind people of these great accomplishments, not just for black Americans, but for all Americans and humankind in general, but it doesn’t mean that we are allowed to forget that black Americans are a big part of our history as Americans.”

AP United States History teacher, Mr. O’Sullivan recalls his high school experience saying,  “going back to the early 2000s, when I was at [St. Pius X Catholic High School], there was not a huge focus on black history as far as the curriculum goes. There has been a push in the last several years to try to incorporate a broader historical curriculum.” He notes a significant push by the College Board to present U.S. history outside of the perspective of a white, European because of the effects that minorities have had on American history. O’Sullivan acknowledges, that “it’s more difficult to take pre-1900s black history and incorporate it into the [AP United States History] curriculum” because, before this era, black people held little to no influence in the political sphere which is one of the primary focuses of the current curriculum. He confesses, “the traditional history that has been taught has been white history from the perspective of white Europeans.” However he shared one of the hindrances of this progression, “the recent push over the last fifteen years or so to begin teaching a different outlook of US history has met some resistance from some of the people who have been teaching history for a long time because it forces them out of their comfort zone, forcing them to adapt and change their curriculum.” He continues, “that’s why you see a separation between US history and minority history.”

Meanwhile, Gerard blames the stigmatization of black history month on a “reluctance to include it at all” he adds, “when you add something or designate it as ‘this month’ or ‘this week’ it seems different from the rest.” He acknowledges those who believe that the differentiation of black history month only serves to annex black history, but he returns to his previous analogy to reiterate, “we don’t just celebrate our faith our faith in December and April, it’s certainly highlighted then, and there is more of a focus on it, but that doesn’t mean that it is not supposed to be a part of our life the rest of the year.”

When speaking about racial awareness and its correlation to black history month, Gerard asserts that just as February is “not a month to be stuck out once a year and to be forgotten about”, racial tension “is not a problem that is supposed to be a black problem only or categorized a race problem. It’s a humanity problem.” He continues to acknowledge the natural human inclination to notice the differences between each other but maintains that we only feel the need to point them out in instances of insecurity or extreme emotionality. He believes that the same issues apply in terms of gender inequality. And while he is unsure as to whether a heightened knowledge about black history will prove to soothe racial tensions, he admits that ignorance causes us to make many mistakes and say things that we shouldn’t.

O’Sullivan agrees, professing, “a lot of what happens comes from ignorance, it comes from people who don’t know why things are the way they are, why certain phrases are used, and why certain things are kind of taboo,” and he believes that history is the way we reverse that cycle. He credits this idea as the reason that “we still teach history”. He continues, “it is a matter of taking information and giving it to people in a way that gives them context and understanding to give the full picture.”