Racial Awareness Within Our BT Community 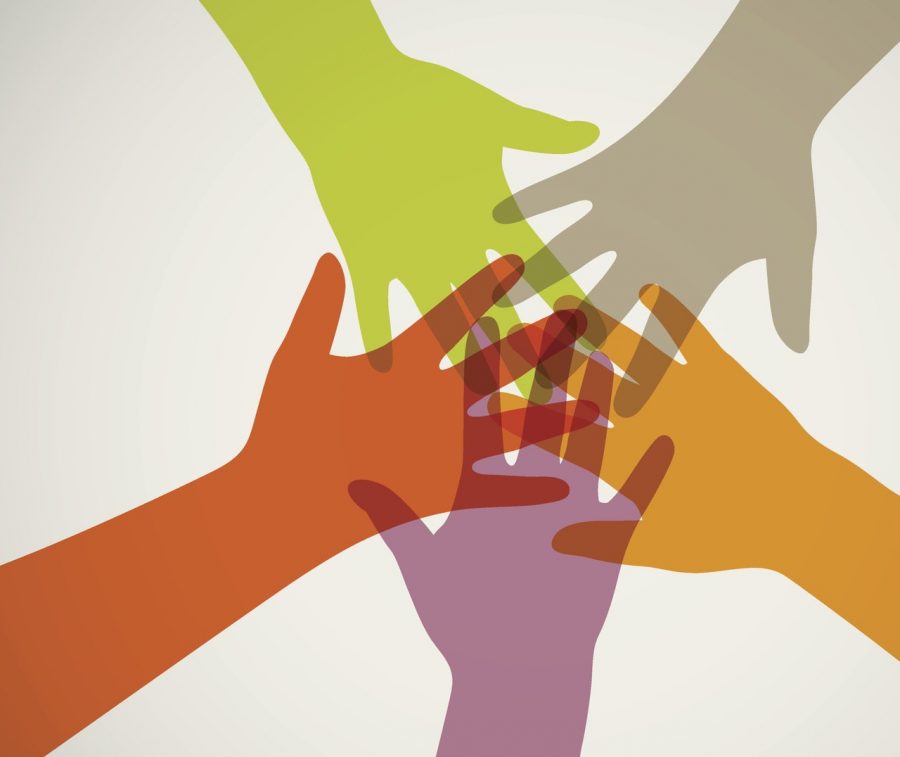 “Stop Racism,” two words that we see every day in passing on our Blessed Trinity hallway monitors. Two words that have been said, shouted, cried, snarled, and jeered for hundreds of years, but aside from the infographics, murals, stock photos, quotes, and taglines, how aware are we, as a Blessed Trinity community, of the gravity of those words and their sentiment?

Racial awareness. It seems like some sort of lofty abstraction. We are aware of race, right? We can see when the person next to us looks different than us. Many of us think that it’s a hot topic issue that has become too politicized to speak about without fear of fallout from either side of the conversation. However, famed poet and activist, James Baldwin, maintained that “nothing can be changed until it is faced.” So, how do we face race and the realities that race holds in our lives; realities that pervade the insulated bubble of our private, Catholic school?

When various BT students were asked, “how comfortable they feel talking about race with their peers,” here’s what they had to say. Senior, Lauren Mahaney admitted, “I’m pretty comfortable with it, depending on who I am with. Less comfortable, if there is someone who is not as open to the conversation as I am.”

Whereas Junior, Jordan McCants feels “very comfortable talking about racism,” however, “sometimes feels as if [he] needs to acquiesce to [others’] opinions.” He goes on to say, “I think that our school, as a whole, is very set in their opinions on racism, and you can’t get someone to actually see a different point of view other than their own.”

Junior, Francesca Procaccini has a more neutral take, saying, “some people you know you can talk about it with. It’s a touchy subject so it depends on the person.” Procaccini believes that this is caused by a poor “environment among [her] peers regarding race relations.”

When asked why she felt this was the case, Procaccini blamed several situational factors, saying “we attend a school where there is a lot of privilege, and people tend to think they can ignore and separate themselves from issues that don’t affect them.” However, she strongly asserts that “racism affects everyone. If they are saying it doesn’t affect them, they are a part of the problem.” She continues, “these things are around us in this world. We need to stop living in the past and adapt to the fact that in this day and age we need to begin embracing one another and face reality.”

Speaking to the same students about how their awareness of race has changed over the past year, rendered these responses. “The Black Lives Matter movement opened my eyes a lot more to the realities of race in America, once the media was covering it more, and as I saw it on social media, it became almost a daily part of my life,” said  Mahaney.

In her response, Blessed Trinity alumna and current Georgia State University film major, Sophia Ragan, resents the fact that her eyes were closed for so long, admitting she liked to think of herself as “woke” in high school, but “it wasn’t until [she] started going to protests and spending more time downtown, that [she] really began to hear and understand  the stories of black people and people of color.” Concluding that “being in such a different place with such different people was a complete juxtaposition” for her.

McCants maintains that the current perception of racism in the BT community “makes it feel as if people are not aware of how race and opinions towards race affect others.” He, however, does not believe that the state of Blessed Trinity currently “indicates the current state of our country, because our school is very one-sided in terms of politics and views on racism.” Whereas, “the country right now is very divided…in our nation, people are more open to understanding others’ cultures, struggles, and overall well being.”

Ragan adding that in her time at BT, “we were very shielded from that, it was a real problem.” She went on to say, “I had no idea what the real world was like.”

Each of the people interviewed for this article, seemed to have a similar perception about race relations and racial awareness within our Blessed Trinity community, there is hope for a better, more open future, but the conversations need to be encouraged and facilitated. Mahaney adding, “a slide on the hallway posters is not enough. Racism has not been addressed as it should be, and there needs to be more accountability and visibility within BT and our world.”

How do we begin to face a problem we can see, but fail to acknowledge?