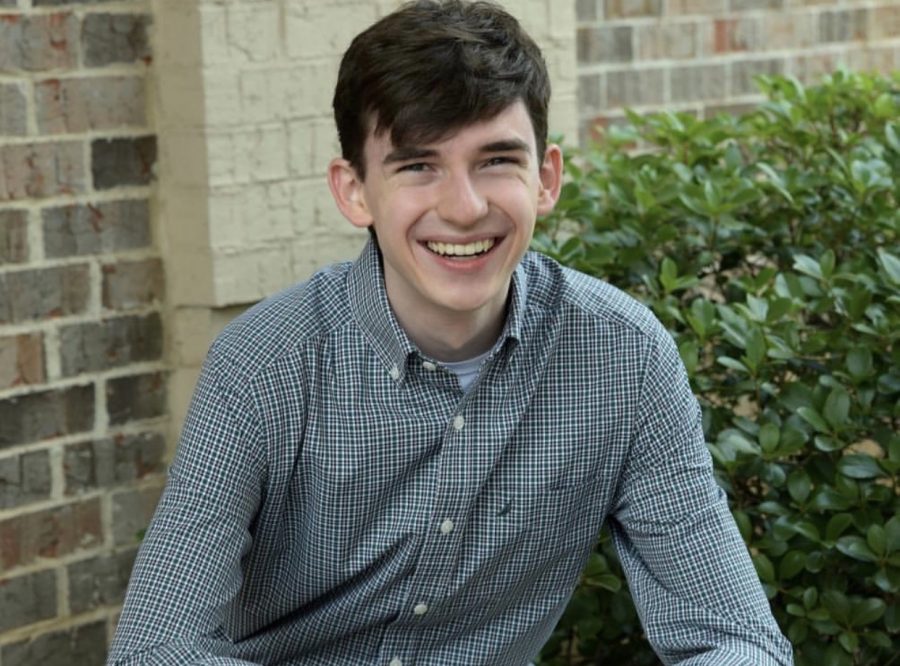 If you’re a part of the BT community and do not know who Robert Della Bernarda is, you are practically living under a rock. Robert, more commonly known as Robby D, has become a hallmark of the Blessed Trinity community in the nearly four short years he has been here. From anchor on the Blessed Trinity Morning Announcements to Senior Class President, Robby has made it his prerogative to diversify his high school career in an incredibly impressive manner. I got the opportunity to ask Robby some questions about his time at BT and was able to gain some insight on his mindset towards senior year and what it has meant for him to be so respected by his peers.

Considering senior graduation is in just a few short weeks, I had thought all seniors would be incredibly uneasy right now with having to deal with finals on top of beginning a completely new chapter in their lives. Robby, however, told me it isn’t a black or white situation for him. “I’m not sure that it’s really hit me just yet,” he confided, “Graduating comes with many clashing emotions for me: both being excited for what my next four years in college will bring, yet having to leave those who have been so important to me for the past four years.”

This balanced outlook on what can be such an overwhelming experience for some will likely do Robby a lot of good in whatever his future has to offer. I also wanted to know a little more about what it’s been like being the Senior Class President during such an uncertain year. Robby maintained that although the year has been unpredictable, “being Class President has been an overwhelmingly fulfilling experience.” In a moment of sentiment, Robby expressed, “Being selected to represent the Class of 2021 by my peers is something that I am deeply grateful for.”

Certainly unmistakable in the presence of Robby D. is his undeniable capacity for leadership, but I wanted to get his own opinion on why he believes he was chosen to represent the senior class. He disclosed, “I’d like to think that I present myself as someone who can get along with many different types of people. Also, I like to be an uniter, but also willing to speak up and speak out in an appropriate way when I feel it’s necessary.” These qualities are certainly evident in the manner in which Robby conveyed a deep respect for his peers, which is something that has likely greatly influenced his leadership capabilities.

On the note of influence, I wanted to know who, if anybody, has specifically contributed to Robby’s tremendous leadership skills. Robby sincerely responded, “Mrs. Yates is someone I can point to who I believe, without a doubt, has been influential to my leadership style. As my English teacher during the fall semester of freshman, she showed me the deep importance of benevolence in leadership. The way that Mrs. Yates makes the rest of the room feel is a goal that I aim to achieve every day.”

I found this response extremely endearing and gained tremendous respect for Robby in his selfless ability to give someone else so much esteem. Throughout all of these responses, Robby certainly enforced the idea that no one could have done a better job at leading the senior class this year than Robby D.

On a final note, I wanted to know if Robby had any words of wisdom for the current juniors likely gearing up for the exciting year to come. He responded, “My advice to the current juniors would be to definitely not stress out about senior year. As long as you can stay on top of your grades, focusing on enjoying senior year is something I would highly recommend. It goes by much faster than you’d expect!”

This wisdom likely allowed Robby to maintain such a successful senior year in the face of such a difficult situation. Adversity certainly breeds strength, and Robby’s strength, specifically, manifested itself in his unwavering loyalty towards his fellow classmates. Robby has left an indisputable impression on the school that will be cherished for many years to come. I would hope that all students at Blessed Trinity take his advice seriously because it is certain that Robby has an amazing future ahead of him. On behalf of the entire school community, we hope the best for you in all of your future endeavors Robby D, and are incredibly proud of all you have accomplished throughout your years at Blessed Trinity!